For this year’s March Madness tournament, I built an algorithmic bracket picker based on Dungeons and Dragons dice-roll battles. The bracket it generated, that I submitted for my company’s bracket competition, did surprisingly well: it correctly picked UNC to win the tournament and placed first overall in our bracket competition. 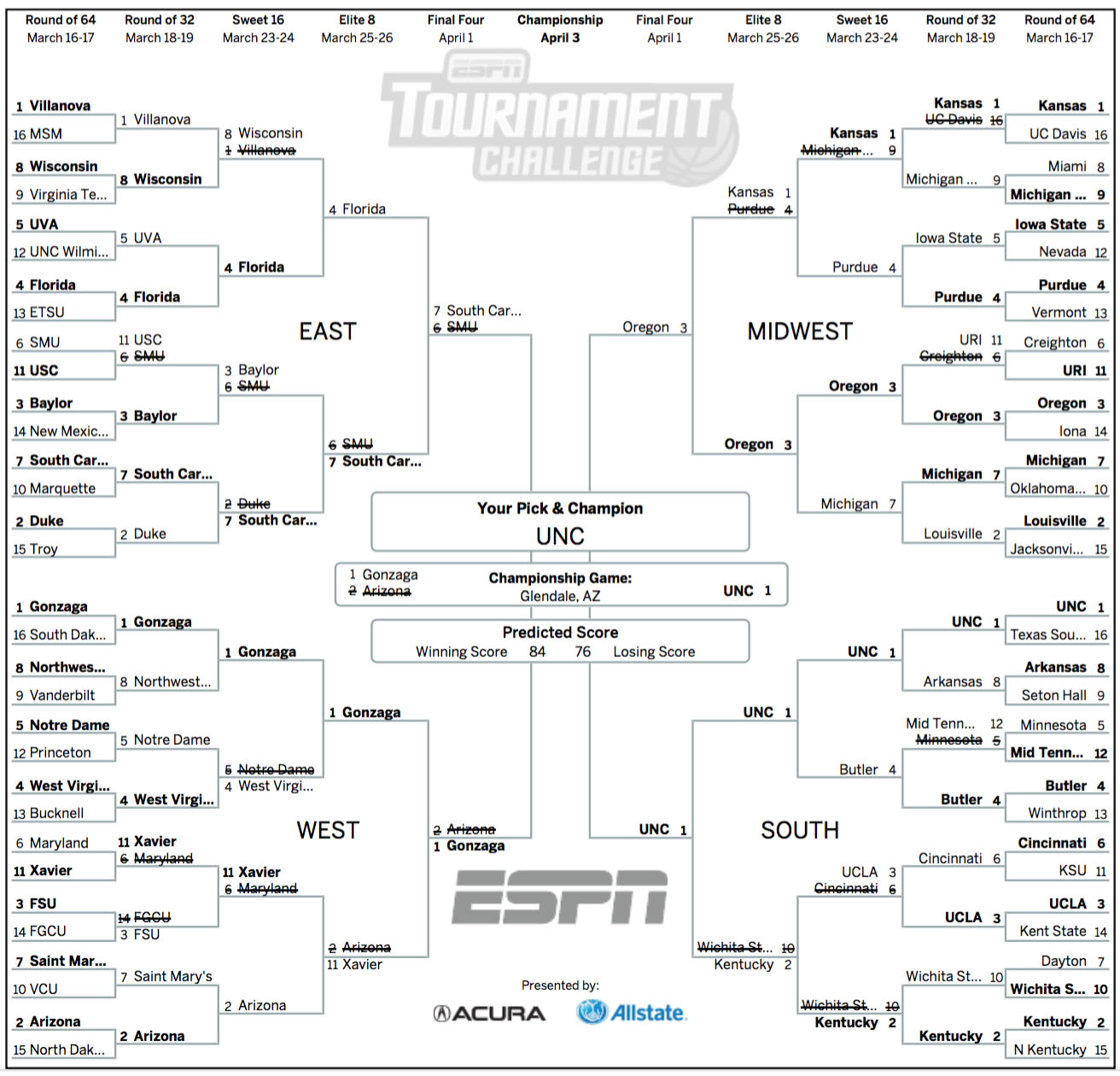 How accurate was it?

To examine the generated bracket’s accuracy, I loaded its predicted games and the tournament’s actual games into SQL tables, actual_games and predicted_games:

To see how many games whose winners were accurately predicted by D&D, compare the winners:

As the tournament goes on, previous mistakes make it increasingly harder to make correct picks. I broke the accuracy down by round number to see how it performed as the picks got harder.

Games Predicted Accurately by Round

At least 50% accuracy throughout the tournament, not bad. The 100% in the championship round is misleading since there’s obviously only one game in that round.

It would be easy to just rank teams on seed number and come up with a fairly accurate bracket. The real magic of the tournament is in the Cinderella stories and huge unexpected upsets. The D&D algorithm accounts for these by introducing random factors like dragon attacks, which immediately end the battle and award a random team the victory. I wanted to see how well my random upset picks performed:

The bracket went 3-11 predicting upsets where a higher seeded team beat a lower seed. Not a great showing, but those games are really hard to predict using just the data the algorithm uses.

For next year’s bracket, I will try to incorporate more metrics into the model to make battle logic smarter. This year’s iteration was only based on seed value and points scored and allowed. I’ll also take a few dragons out to cut down on false upsets.